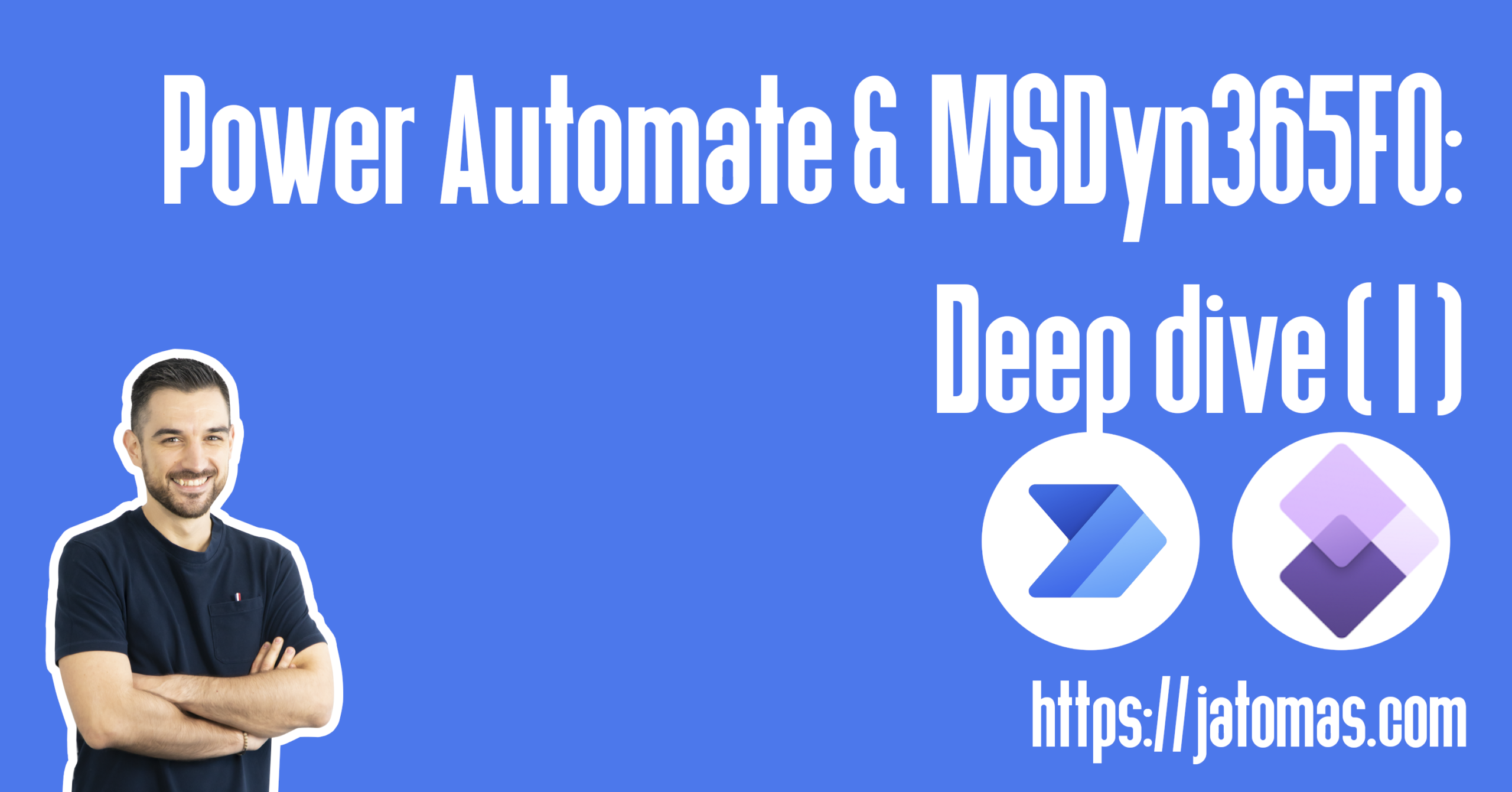 In recent weeks I have received more than one query related to the use of Power Automate to perform actions on Microsoft Dynamics 365 Finance and Operations apps, so I have decided to write a series of articles to delve a little deeper into this topic.

Power Automate, formerly known as Microsoft Flow, is one of the applications that make up the Microsoft Power Platform. This tool allows you to automate repetitive tasks or carry out communications between different applications through workflows. For this purpose, it has more than 400 connectors that allow us to communicate with applications in a simple way. Applications from the Microsoft stack, such as Outlook, Dynamics 365, Sharepoint, but also third-party apps such as SAP, WordPress, Twitter and more. Apart from all these, we have the possibility of creating our own custom connectors that will allow us to communicate with our own APIs, even with on-premises systems.

Of course, Microsoft Dynamics 365 Finance and Operations apps has its own connector within the Power Automate container list.

This is a Premium connector that is available in all Power Automate regions, and we have a limit of 200 calls per connection/minute. By the simple fact of having a license for MSDyn365FO, you already have access to the connector, and of course, in order to perform operations within the ERP we need to authenticate with a user that exists within our instance and has the necessary permissions to consult or modify that data , since the authentication is carried out through username and password.

This connector allows you both to execute workflows based on specific triggers based on MSDyn365FO events, and to perform actions on the ERP itself.

The Dynamics 365 Finance and Operations connector for Power Automate has only one trigger: When a business event occurs.

This trigger enables workflows to run when a Business Event is executed within Dynamics 365 FnO. These events can be triggered when an alert (standard) occurs, when an invoice is posted, when an order is confirmed, etc.

Apart from the trigger that we have seen, we also have a series of actions (7 to date) that allow us to interact with the data in our instance of Dynamics 365 Finance and Operations.

These actions will allow us to carry out all kinds of CRUD operations (Create, Read, Update, Delete) on our instance, as well as execute another series of actions.

In future articles we will see each and every one of these actions in much more detail, describing the operations that they execute in the system, as well as the benefits or limitations they have.